How Punk Was Born In New York City 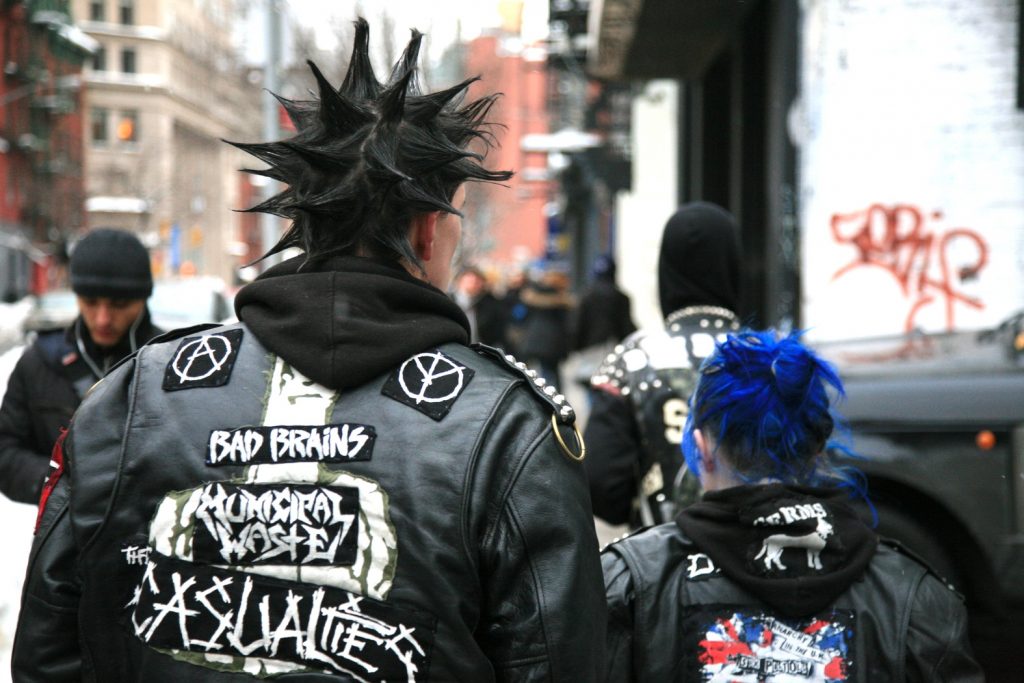 The Lichtblick cinema is showing the documentary “Nightclubbing: The Birth of Punk Rock in NYC”. He fills important gaps in the history of punk.

The fact that punk broke through out of nowhere in London in 1976 has been relegated to the realm of legends several times. With “The Blank Generation” by Ivan Král and Amos Poe, a film document has also been available since 1976 that bears witness to an immensely busy American scene with deep roots.

Patti Smith, Television, The Ramones, or the Talking Heads didn’t need help from the Sex Pistols and Malcolm McLaren. It was probably the other way around.

Again and again, new old film and video clips with concert recordings from the New York proto-punk scene appear, mostly from the legendary club “CBGB” (short: CB). In addition, with “Max’s Kansas City” (Max’s for short) in Manhattan, there was another decisive melting pot that is often forgotten. The brand new documentary “Nightclubbing: The Birth of Punk Rock in NYC” now compensates for this shortcoming. You can watch movies on uwatchfree if you are looking for movies and documentaries like this.

From the Velvet Underground to Liz Taylor, from Jane Fonda to Frank Zappa

The title, of course, quotes Iggy Pop’s hit song of the same name. It says: “We see people, brand new people, they’re something to see…” Meeting people, brand new people, was an important unique selling point at “Max’s”. They didn’t let everyone in there. Andy Warhol’s “Factory” was only a few steps away, he and his “superstars” used the club as an extended living room. In doing so, the establishment built important bridges between different subcultures and the mainstream. Listing all the guests here would lead to endless name-dropping: from the Velvet Underground to Liz Taylor, from Jane Fonda to Frank Zappa. It was here, for example, that Iggy Pop met David Bowie, who later became his mentor. And Malcolm McLaren promoted the band The New York Dolls before flying back to London.

Nightclubbing – A shot by Danny Garcia

“Nightclubbing” was shot by Danny Garcia, a punk fan from Barcelona who has already submitted portraits of The Clash and Sid Vicious. In front of his camera, he assembled two handfuls of eyewitnesses who were willing to share information: for example, transgender pioneer Jayne County (statuary), Patty Smith guitarist Lanny Kaye (authentic), creepy rocker Alice Cooper (nice), and original punk Billy Idol (sporty). Their chatter is interspersed with archive footage, and for obvious legal reasons, we often only see photos, accompanied by indifferent music. The passages with original recordings like The Testors or Sid Vicous turn out to be much more energetic.

For lovers, “nightclubbing” provide important missing links that round off the overall picture of the punk phenomenon. However, one should not expect the analytical depth of field like in the books by Greil Marcus or Simon Reynolds. At the same time, the film shows once again what a rough, inhospitable place New York must have been in the late 70s and early 80s. Drugs, prostitution, and the mafia also had direct access to “Max’s”, which was anything but a “protected space”. Johnny Blitz, the drummer for the Dead Boys, was attacked by a gang on his way to the club in April 1978 and received 17 life-threatening stab wounds. He barely survived. Max’s closed forever in 1981.